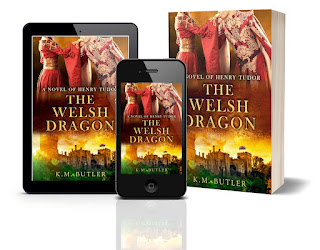 1471 A.D. The Wars of the Roses ravage England. After six months of turmoil, Yorkist King Edward IV has shattered his enemies and reclaimed his throne. As one of the last surviving Lancastrians, young Henry Tudor flees with his uncle Jasper to keep his head from adorning London Bridge beside his grandfather’s. He won’t return for fourteen long years.Blown by storms to Brittany, Henry is trapped between the king who hunts him and a duke who views him as leverage. Though his mother labors in England to restore his lands and titles, Henry is conflicted at the prospect of his restoration. Though a penniless exile, Henry enjoys contentment in the arms of a Breton widow and the satisfaction of a simple life.Henry only has a drop of bastard royal blood, but it’s enough to make the Yorkists plot his death. His survival may depend on embracing the very birthright that drove him into exile, even if it costs him his chance for happiness with his beloved. The path ahead is littered with tangled conspiracy, desperate escapes, and a Welsh dragon banner fluttering over a field named Bosworth."I highly recommend this well-written, insightful, action-filled novel. It's a compelling tale of loyalty, betrayal, and danger. The gripping events are vivid, full of the sights, sounds, smells, and textures of the time, and the characters experience all the fears, surprise, and anxiety natural to people who, unlike us, do not know the outcome of the events." Keira Morgan, author of Chronicles of the House of Valois series

Posted by Talvorian Dex at 12:35 AM No comments: