A couple days ago, I chimed into a conversation on Reddit in which a player asked about whether Fanfest featured a PvE panel discussion.  This led to the inevitable PvE vs. PvP poo-sling.  I’ll share a couple comments in particular.  The first is mine:

“Without PvE, CCP can seed the market to enable PvP. Without PvP, Eve is a sh*tty game without a distinguishing feature. Which do you think is more important? You [PvE] can be replaced with a machine.”

This met with the response of:

“Hahaha, you're adorable. Typical f***ing Goon. Without PVE, CCP would lose a half of the game's playerbase, there'd be no reason for it to ever be called a persistent universe, there'd be no industry, there'd be no reason to play the market if CCP just "seeded the market" with all the shinies you want.  If that's the game you want, go play on SiSi where everything costs 100 ISK. Get the fuck out of my game, though. There's no place for you here.”

Wow.  I didn’t expect such hostility.

Now, I grant, a certain reading of the last line of my statement could come across as hostile.  But I wasn’t saying PvE players should be replaced or pushed out of the game, only that the PvE components of Eve aren’t particularly good, certainly aren’t unique, and don’t provide anything that a thousand other games couldn’t provide.  And CCP can develop a market algorithm much more easily than it can recreate a machine in the likeness of a human.

PvP is Eve’s big idea that serves as the key differentiator vs. other video games.  Some aspects of Eve are more important because they’re either unique to Eve or they generate interest in the game; those are called “signature features”.  A feature is what something HAS.  A signature feature is what something IS.  Eve IS a space-based PvP game that HAS a number of other aspects that people find interest.  That doesn’t mean the other elements shouldn’t cease to exist, don’t happen more frequently, or have players who really love them.

I don’t want to push people out of Eve who enjoy PvE.  Eve is large enough for everyone.  But I do argue that PvP is the “first among equals” when people suggest all aspects of Eve are equally deserving of developer attention.

A new article that mocks a “PvP first” position in some very unfair ways was posted today.  It contains a metaphor that proposes blogging as the most important part of Eve – facetiously, of course.  The purpose of this metaphor is to discredit any claim that Eve is about anything specific… instead arguing it’s about everything you can do in Eve.

But more than that, it’s a “reducio ad absurdum” logical fallacy that attempts to discredit a “PvP first” argument by replacing PvP with a ridiculously narrow behavior that misses all of the key elements that justify PvP-first.

But it IS a fallacy – a false argument used by smart people to pretend to hold a logical and justifiable position.  Blogging isn’t supported with mechanics as PvP is, so it isn’t an element of the game itself, only the metagame.  Official CCP Marketing campaigns aren’t centered around blogging, since blogging doesn’t show off the features of the game itself.  No in-game function supports blogging the way industry, mining, ratting, salvage, logistics, and the market supports the end-game consumption function of PvP.  Blogging is an emergent and entirely external element of Eve.  You cannot accurately compare it with a cornerstone in-game behavior like PvP.

Moreover, this argument is brought up in the scope of a conversation that suggests there’s a credible argument for eliminating PvE from Eve entirely.  I’ve never heard anyone say that.  Even my statement, “You can be replaced by a machine,” isn’t one of desire, only possibility.  Eve would be a weaker game without its PvE elements, and they should never be removed.  Please show me the person who argues the contrary.  Positing arguments that challenge a non-existent or non-threatening opinion is called a “straw man” fallacy.  Instead, how about we face credible arguments?

And then there’s the last bit of concern.  Blogging is hard; every article opens you up to criticism.  When you operate a blog for years, you’re bound to piss a lot of people off.  People will disagree with you.  When “someone that I respected smirks at an entire game play style,” it’s an invitation to debate, not a reason to cease the conversation or express disappointment, as if the person you respected was a naughty child.  Otherwise, there’s no room for intellectual disagreement.

Right up there in my blog description, I state that my goal is to get people out of high-sec and PvPing.  I have an agenda.  No one is an “everyman”, and anyone who claims that they don’t have a perspective is lying.  An “all is valid, everything is equal, and weighting one object as more important than another is wrong” stance is not very useful for a critical discussion.  Learning and contemplation requires that strong arguments FOR something compete against each other.  Weak arguments that suggest no correct answer is possible don’t further the discussion, they seek to end it through epistemological failure, which is contrary to nature of discourse.

No activity in the game can function without the inputs generated by PvE.  Minerals mined go into the production of nearly everything.  Mission running and ratting provide essential faction equipment and blueprints that provide PvPers with the tools they need.  PvE is the railroad tracks, mines, and crops that allow all else to function.

But more than this necessary aspect of PvE, you also have ubiquity.  Every player interacts with PvE, since every means of isk-generation requires a PvE method.  Even PLEX requires interaction with the market, market forces, and the purchase desires of players.  Null-sec players tend to have high-sec alts to fund the costs of PvP.  The fact that so many players interact with it demonstrates its importance to the game.

Without multiple time-consuming processes to earn isk, the risk of loss would cease to be a factor in making PvP feel so exciting and have real consequences.  Right now, losing a ship represents a certain number of hours’ worth of effort needed to replace it, which requires you to spend time doing PvE instead of your preferred activity.  This “experience cost” makes PvP feel so exciting.

PvE also provides a sense of accomplishment.  Yes, there are literally thousands of games that do the same thing, but because Eve is an MMO, you feel connected to a community, even when playing solo.  Plus, without PvE players paying, PvP as a signature element would be irrelevant, since CCP wouldn’t have enough money to keep the game running.

So, there’s an argument defending PvE based on logic and psychology, not fallacies and the non-argument of “the essential element of Eve is whatever you want it to be”, which fails utterly to answer the question, “What is Eve?”  It takes a stance, and contains an absolutely true kernel: PvE IS necessary in Eve.

I’ll just add one last thing about PvE as a whole (NOT the individuals who practice it)... 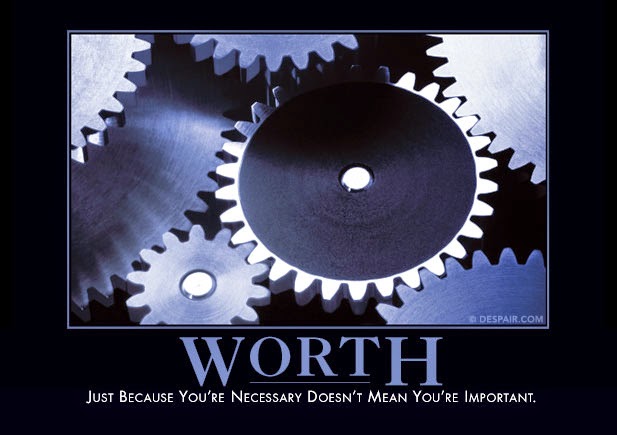 P.S. As a side note, apologies for not writing as frequently recently.  I felt the desire to engage in some compelling PvE, so I played Sins of a Solar Empire.
Posted by Talvorian Dex at 10:46 PM